Modern salt therapy offers an ideal blend of modern and ancient techniques to provide a myriad of health benefits. And, unlike pharmaceutical medications or steroid inhalers, this natural and effective approach comes with no negative side effects. We’re all breathing in a rather astonishing amount of chemical pollutants, as well as smoke, dust, smog and pet dander. This puts our lungs under an extreme amount of stress. If you’re forced to spend time in any environment with smoke, pollution or smog, pet dander or dust, using the Himalayan salt in an inhaler may be your best bet for reducing their effects.

2. Relieve symptoms of Eczema and Psoriasis

Salt Therapy (‘halotherapy’ or ‘dry salt therapy’) is a natural, drug-free therapy to relieve congestion, inflammation and allergies of the airways and skin. A halogenerator measures and disperses a controlled and therapeutic level of microscopic dry (pharmaceutical grade) salt particles into the air of a salt room.

Whilst in the salt therapy room, these tiny salt particles land on the skin and can help relieve redness, itchy and flaky skin.

Pharmaceutical grade salt is a natural anti-inflammatory and anti-bacterial. Exposing effected skin to the dry salt during a salt therapy session can help improve the skin’s protective properties and promote superficial bacterial flora (good bacteria on our skin) whilst reducing the harmful bacteria on the skin.

The dry salt that is dispersed during a salt session interacts with the surface of the skin creating exfoliation. The process occurs when salt particles breaks down scaly skin in turn assisting with the sloughing process of dead skin.

Salt Therapy is a natural therapy, suitable for baby eczema and others with sensitive skin

If you’ve ever used a Neti pot, you know how effective salt water is for clearing up clogged sinuses. Using the  Himalayan salt in an inhaler works in a similar way. It helps to kill bacteria and it also bonds to all sorts of contaminants that can be stuck in the nasal cavities from breathing air that’s polluted. The inhaler offers a great alternative to the Neti pot for cleansing the respiratory system, particularly for those who don’t care for having water run through their nasal cavities.

4. Add It to Food for Minerals and Hydration

Besides the above benefits, pink salt is great for simple consuming too! Choose foods naturally salted with Himalayan pink salt.

Pink salt is great for making your own hydrating drink too. Adding a pinch of salt can provide necessary electrolytes and help the body achieve optimal fluid balance to prevent dehydration, especially in a sports drink. 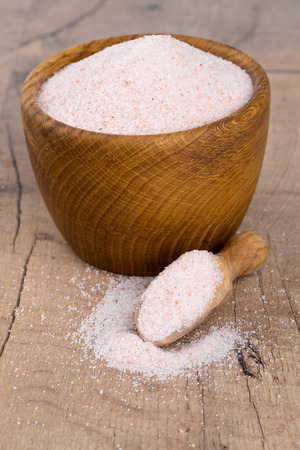 If you’re having trouble sleeping due to breathing issues, or problems like hay fever that result in frequent sneezing or the need to blow your nose, using a inhaling the salt may be a huge help. By reducing congestion and mucus buildup, it an also helps eliminate nighttime coughing and even snoring. Inhaling Himalayan salt is also said to balance out the histamine response so that you can finally get some decent shut-eye. Using The Himalayan Salt in an inhaler improves the body’s natural ability to breathe deeply, resulting in a wide range of psychological benefits thanks to the relaxation and stress relieving effects. Many people take rapid, shallow breaths, especially when they’re stressed or upset. In fact, yoga guru Abhishek Sharma advises,”Breathing is the most important aspect of wellness. Most people breathe shallow, which affects their health. Learning to breathe deeply can greatly enhance your health.”

Using the salt in the  inhaler helps to ensure better breathing, which offers multiple positive effects. It allows the body to become filled with oxygen; improving circulation and releasing those feel good endorphins which can provide a sense of peace and improved well-being. Spending just a few minutes making sure you’re breathing properly by breathing through the inhaler can instantly transform a bad mood into a good mood and ease feelings of depression or sadness. Plus, inhaling deeply followed by a deep exhale helps the body to rid itself of toxic carbon dioxide and replenishes it with oxygen, making you feel much better instantly too. 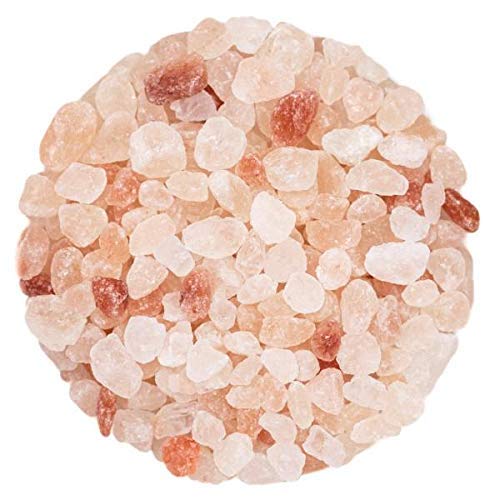 Himalayan salt also have an effect on blood pressure, due to its potassium content. A four-year long observational study known as PURE, Prospective Urban Rural Epidemiology, which included over 100,000 people from 17 countries, found that while higher sodium levels correlate with an increased risk for high blood pressure, potassium helps to offset those adverse effects and even reduce high blood pressure. Bath salts are great for soothing the skin and the mind, but using Himalayan salts in the bath are even better.

Besides the stress relieving benefits of a bath, your body soaks up the beneficial trace minerals and the detoxifying properties of the salts.

Plus, your bath water will have a fun, calming pink tint to it!